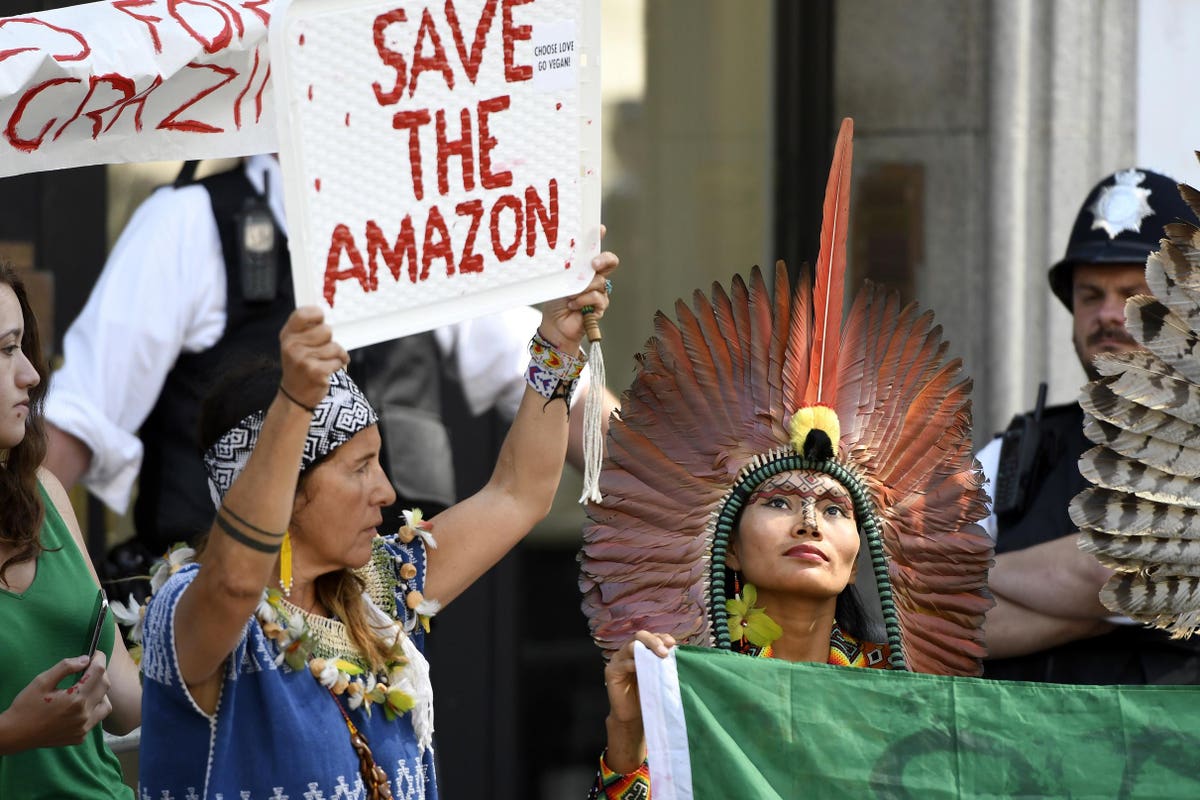 A bumpy but promising road for ESG investing trends in Brazil

With President Jair Bolsonaro’s reduced commitment to climate change, the private sector will have both the challenge and the opportunity to lead the way in sustainable trends in the year ahead.

“E” in the spotlight

Of the three categories that make up ESG, the first – environmental – is undoubtedly the one that has raised the most controversy in Brazil over the past two years. This is the direct result of the Bolsonaro administration’s environmental policies, which have served as the backdrop for record increases in deforestation and fires – notably but not only in the Amazon.
Region. Since taking office, his administration – led by champion of deregulation, Environment Minister Ricardo Salles – has set Brazil’s (once positive) environmental credentials on a downward trajectory on three fronts: Bolsonaro and Salles have slashed the government’s budget for environmental inspections, worked to relax protective rules, and ultimately allowed unsustainable practices by illegal farmers and miners by promoting a somewhat aggressive rhetoric against agencies environmental. In April 2020, Salles was caught on video suggesting that the government should take advantage of the heightened civil society attention to the COVID-19 pandemic to “open the floodgates” – in other words, to move forward with unpopular environmental deregulation initiatives when the focus is elsewhere.

National and international pressure has only grown since, forcing Bolsonaro to revise his strategy in the matter. This paved the way for the replacement of former foreign minister Ernesto Araújo – known for his climate change denialism – and the introduction of a more environmentally friendly approach to foreign policy. The president has pledged to reduce Brazil’s carbon emissions by 43% and eliminate illegal deforestation by 2030 – promises that have been met with deep skepticism by environmentalists, given the government’s track record in the area. matter.

While Bolsonaro’s pledges made at the Leaders’ Climate Summit are broadly aligned with decarbonization commitments elsewhere in the world, they represent a significant reversal from the actual environmental policy implemented since he took office in 2019. – which raises concerns about how well his words will translate into action.

Bolsonaro campaigned to withdraw Brazil from the Paris Agreement – ​​a commitment he later backtracked due to international backlash – and repeatedly criticized environmental legislation and enforcement agencies for allegedly being “too harsh” on the private sector. Deforestation is responsible for more than 50% of Brazil’s carbon emissions, according to multiple sources, and government efforts to roll back conservation efforts have pushed deforestation rates to record highs.

Bolsonaro’s promises will most likely remain mostly rhetorical, and companies shouldn’t expect the federal government to lead positive changes on the matter in the two-year outlook.

While government therefore remains very unlikely to lead on ESG issues, other stakeholders are likely to step in. Private actors, in particular, are likely to continue to seize the opportunity to lead the way and set the agenda in terms of sustainable investment practices on multiple fronts – including the environment. Initiatives around topics such as carbon neutrality, energy efficiency and waste management will probably be among the most illustrative examples. Several companies, especially in the financial sector, have voluntarily acquired carbon credits over the past year in order to offset their carbon footprint over the past year – even in the absence of such a framework.

Government agencies with greater political independence and significant resources – such as the Central Bank of Brazil and the Securities Exchange Commission (CVM) – have also remained active on ESG issues and will likely continue to be important sponsors. of this trend. Over the past two years, they have acted, for example, to improve sustainability disclosure standards, aligning them with international practices. This ultimately helped foster a promising green bond market, which Brazil leads alongside Chile in Latin America, according to 2020 data from the Climate Bonds Initiative (CBI).

Given the nascent status of many ESG-related regulatory discussions and the relatively reduced stringency of Brazil’s current regulatory frameworks, companies are unlikely to be pressured by government initiatives to take stronger action to reduce their footprint. environmental. The scrutiny, however, will continue to increase significantly due to growing concerns from civil society organizations – including international ones – as well as consumers, financiers and other relevant stakeholders. Many NGOs and activists have resorted to ‘name and shame’ initiatives on social media, but cases have also turned into boycotts and even direct action in more sensitive and high-profile cases over the past year. .

It should be noted, however, that such a scenario is likely to evolve into a more complex risk environment as ESG programs progress through the two- to four-year outlook. This is due to the relatively reduced predictability of future regulation (including at the international level) and the potential politicization of climate change debates. Continued pressure from international actors on Brazil’s sustainability landscape means that the risks associated with diplomacy are not negligible and include potential sanctions in specific sectors, such as timber and meat.

Gabriel Brasil is an associate analyst for control risks based in São Paulo.