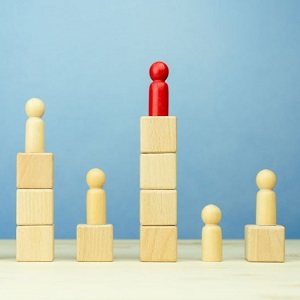 It has been decried as “political theater” and as “a solution in search of a problem,” but in our view, the House Economics Committee is currently dealing with some important issues. The task at hand is “to investigate and report on the implications of common ownership and concentration of capital in Australia”. This is driven in large part by the fact that the booming $3.3 trillion pension industry is experiencing significant growth and is expected to eclipse the national stock market in decades to come.

The terms of reference also call for a review of “the shifting influence between individual investors and smaller funds, compared to larger funds”. Concern about proxy advisory firms persists; and there are reservations about concerted or “organized” action. “This investigation will ensure that we are empowering citizens, not organized capital… [as] common ownership risks circumventing democracy,” says committee chair Tim Wilson.

Hopefully, the Committee will provide a thoughtful “comparison and contrast” between participatory capitalism and, say, participatory justice or participatory politics. Members of juries and voters in federal elections need no qualifications, no documentation (yet) and no reason for their votes. There is no limit to membership in a “party organization”. You are allowed to advise people on how to vote. And acting in concert is encouraged, with hung juries and hung parliaments seen as a failure.

But what if the management of a conservative, cigar-smoking company agrees with conservative, cigarette-smoking worker-members-shareholders, perhaps in the logging or mining industries? What if super fund managers usurp these preferences by managing portfolios and voting, in accordance with their own personal predilections (eg, anti-tobacco or anti-logging)?

To Wilson’s concern that “a handful of ‘mega-funds’ make all the decisions, and ordinary investors are locked in and higher costs are paid by Australians”, we would have thought that, rather than trying to restrict ‘mega-funds’ from fulfilling their responsibilities, the Committee would be in a better position to encourage, if not compel, ‘ordinary investors’ to fulfill theirs.

It is analogous to compulsory jury duty and compulsory political voting. No one is “excluded”. It’s quite the opposite. “Ordinary investors” have the right to vote as they see fit. Similarly, ordinary members of the super fund have the right to exercise fund choice; and it turns out that many do not.

It may also be useful for the committee to consider safeguards relating to the conduct of elections in companies. As Joseph Stalin would have said: “Those who vote do not decide anything. Those who count the votes decide everything”.

Tensions between scale and competition

Moving from process to outcome, Australia’s relatively small and affluent population of 25.6 million is, at first glance, susceptible to excessive concentration and oligopolistic behavior. An article by Sasan Bakhtiari (2019) from the Australian Department of Industry finds that concentration is increasing, especially for industries that are already highly concentrated.

By far the worst examples are in the utility industries, given the economies of scale and heavy price regulation. In other research focused on Australia, a study published by Gallagher, Ignatieva and McCulloch (2015) found that dominant firms operating in concentrated industries generated large risk-adjusted excess returns relative to firms in more competitive. Interestingly, this experience is the opposite of that found in the United States.

The hinterland, where the micro-economy borders the macro-economy, is an anarchic and turbulent frontier. When an undifferentiated commodity like nickel suddenly triples in price, it’s not because enterprising Kimberley fossickers texted their counterparts in Sulawesi and Norilsk, in a collusive scheme that funneled their internal OPEC . This is because the global economy has reached its limits.

Even if one were to assume that corporate owners and managers possess more than an illusion of control, and even if their power and focus do indeed increase, they are still beholden to the rule of law. It will be up to the Committee to determine whether the rules of the company playing field are adequate and whether the referees have adequate resources.

ACCC presidents, past and present, have recently engaged in vigorous debate on this issue. It’s also worth remembering that powerful vested interests have been undermining start-ups ever since Tiberius destroyed the flexible glass formula. It is not illegal to invent an innovation and then not use it.

Working in tandem with the rule of law, to check the power of corporations and super funds, is the law of the jungle. Innovation, consumer whim, technological change, complacency and hubris all work tirelessly to undermine the most muscular behemoths. Because of these forces, industry consolidation is much like a lava lamp – an endless cycle of mergers, acquisitions, splits, breakups, and oblivion.

Finally, it is well known that economists like paradoxes, and we would point out three of them to the Committee.

First, the Committee will have to decide whether the problem is too bad an intention – “collusion”, in the President’s words; or too few good intentions – “blunt incentives”, in the words of the vice president.

Second, it is difficult to blame super funds for asset growth when they are fed by government-mandated super contributions; or to increase concentration when the government regulator, APRA, pressures the funds to merge.

Third, you can’t fault the ACCC for allowing a situation where “higher costs are paid by Australians”, when it is the government that charges exorbitant fees for privatized services, in its attempts to maximize the enterprise value it extracts from other companies, private equity and super funds.