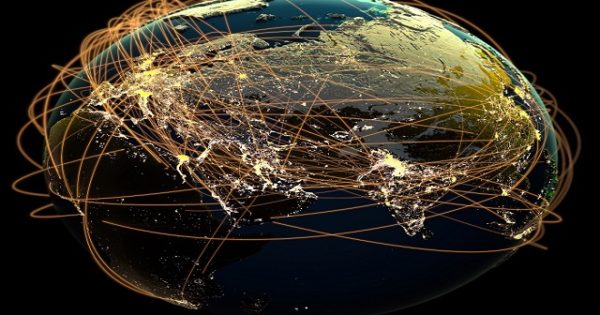 These turbulent times are of concern to regulators and the private sector alike, given the heightened risks posed by market disruption, writes Geoff Cook, chairman of Jersey-based Mourant Consulting.

Regulatory styles and approaches differ according to geopolitical and cultural norms around the world, with major players such as the US, EU, Britain and China tending to lean towards the development of rules, while smaller, more nimble actors are often rule takers.

However, small countries must fight against the policy innovations of their larger neighbors if they want to maintain market access and the recognition of equivalences.

Incorporate the activities of international standard-setters such as the Organization for Economic Co-operation and Development, the Financial Action Task Force, and the International Securities Organization, and there’s enough material to watch out for. Small may be beautiful, but small states, especially IFCs, need to be regulatory nimble and nimble.

The United States has increased its surveillance of the private equity industry. The perennial topic of carried interest was in the Build Back Better Act, but later migrated to the Cut Inflation Act.

However, without the intervention of Senator Kyrsten Sinema, the current capital gains tax treatment would have been replaced by income tax, levied in the United States and most other countries at a higher rate.

There are strong arguments for treating performance fees as capital gains because they reflect the growth and added value created in the underlying investments of a private equity fund. That said, the migration of the largest private equity groups to listed company status means that much of the industry is now taxed at corporate tax rates.

Another recent innovation has been the introduction of a minimum book tax of 15% which companies are supposed to apply to their bottom line.

The book tax will have the effect of increasing the overall effective corporate tax rate. Harmonization with the global tax agreement promoted by the OECD seems problematic as this initiative has stalled, having failed to remove legislative barriers in the US and EU.

The focus was not just on taxation. The Biden administration has taken full advantage of the political appointee system by recruiting several key figures in favor of more robust oversight of private capital activities, and they have begun to make their mark.

Given the Biden administration’s tendencies towards a more interventionist approach and the US system where political appointments to regulatory boards are much more common, Lina Kahn, an associate professor at Columbia Law School, who as an academic, proposed the breakup of Amazon, was named chairman of the Federal Trade Commission (FTC).

The FTC’s primary responsibilities are enforcing US civil antitrust laws and promoting consumer protection. In early communications, Khan expressed clear concerns about “roll up”, in other words, market consolidation.

A quote from his first memo is instructive: “Meanwhile, the growing role of private equity and other investment vehicles invites us to consider how these business models can distort ordinary incentives in ways that reduce productive capacity and can facilitate unfair methods of competition and consumption. breaches of protection. Evidence suggests that many of these abuses target marginalized communities and tackling practices that prey on these communities will be a key priority.

This approach is found elsewhere. Chief of the Justice Department’s Antitrust Unit Jonathan Kanter in recent testimony given Sept. 20, 2022, at the Senate Judiciary Committee hearing on competition policy, anti -Trust and Consumer Rights, confirmed, “We will be litigating more merger lawsuits this year than in any fiscal year on record. Notably, this litigation occurs against the backdrop of nearly 3,000 notified transactions during the fiscal year 2022 – which follows fiscal year 2021 as the highest number of filings since the reporting thresholds were adjusted in 2000.”

Concerns expressed by the antitrust regulatory community and President Biden’s own special adviser on competition, Professor Tim Wu, also of Columbia Law School, about consolidation and a “buy, strip and flip” model, signal a clear intention to place private equity under much greater scrutiny.

Given the industry-wide commitments to ESG factors and the evolution of the patient capital model, these developments should be cause for concern. Additional investments in education, transparency and disclosure will be needed.

The new regulatory tone matches earlier moves by SEC Chairman Gary Gensler, another Biden nominee, who stalled after his 2021 nomination, with initiatives related to climate change and cybersecurity taking on new prominence. .

Common themes are enhanced reporting requirements and greater regulatory intervention at the level of an individual transaction, an example being faster disclosure of beneficial ownership and disclosure of large positions.

There are implications for this new, more strident regulatory approach, with great care required to comply with reporting requirements regarding target investments and, increasingly, disposals.

These requirements will impact service providers such as the legal profession and due diligence agreements. Boards and fund administrators may need to adapt to longer lead times in the acquisition and sale of businesses, and more complex due diligence and reporting processes will be required to support reviews antitrust which are expected to increase in number.

European standard setters such as the European Commission, ESMA and the ECB have proven themselves more than capable of crafting sophisticated directives and regulations that not only shape EU markets but, through extraterritorial application, also influence many significantly the actions and standards of third countries. countries seeking access to the EU market.

The EU has been particularly adept at exercising this soft power by placing great emphasis on investor protection, competition and high regulatory standards.

While the EU has its priorities, the themes that have surfaced in the US are also evident in Europe.

On taxation, the EU has failed to reach unanimity on the global business tax, with several countries now trying to build a coalition of early adopters, regardless of a full-fledged directive, Hungary under considerable pressure to rally.

On a recent visit to Dublin, Ireland was pressured to join the Coalition of Member States for the Adoption of Corporate Taxation Worldwide by the delegation of the European Parliament’s Tax Committee FISC. For the moment, the prospects for an agreement remain unclear.

Elsewhere, attention to ESG continues with delegated regulation now put out for consultation following the introduction of the Sustainable Financial Reporting Regulation (SFDR) adopted on 6 April 2022.

The European Commission confirmed: “The Delegated Regulation specifies the exact content, methodology and presentation of the information to be published, thus improving its quality and comparability. Under these rules, financial market participants will provide detailed information on how they address and reduce any negative impacts their investments may have on the environment and society in general.

The commission has announced its intention to incorporate elements of the SFDR into a new guidance on corporate sustainability reporting (CSRD).

The new directive should increase the level of sustainability reporting by companies in their financial statements.

Work on the EU taxonomy, a classification system for listing environmentally sustainable activities, continues on its journey towards establishing a “common green standard”.

According to a recent Goldman Sachs bulletin, the taxonomy is already shaping asset management research and decisions regarding capital allocation, cost of capital and company valuations.

The emphasis on substance and real economic activity continues as the ATAD III “Unshell” legislation progresses. The directive proved controversial, as she feared it would cast too wide a net and ensnare fundraising activities that were not the original target of the legislation.

ECON, the Economic and Monetary Affairs Committee, has proposed amendments that would reassure the outsourcing of activities to “associated companies” in the same jurisdiction.

ECON further proposed to exclude AIFMs, supervised AIFs and UCITS, given their status as “regulated financial undertakings”. The relevant committee will conduct a review in November, and entry into force has been pushed back a year to January 1, 2025, easing concerns about the potentially retrospective effects of a two-year look-back period.

This article was written for International Advisor by Geoff Cook, Chairman of Jersey-based Mourant Consulting.