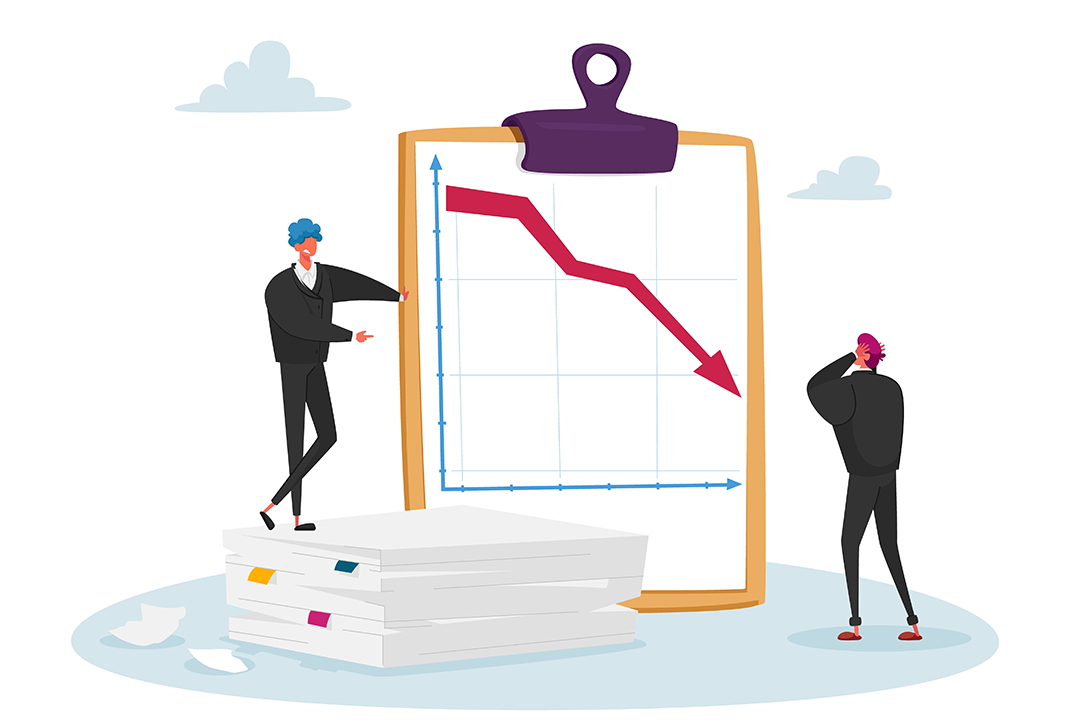 Recession fears dominated last week, pushing US, European and Japanese stocks lower, although Chinese stocks (having already seen a 35% bear market) rose. Australian stocks were little changed, with gains in utilities, energy and industrials being offset by falls in stocks in property, IT and telecommunications.

Recession fears also pushed down long-term bond yields, oil prices and metal prices, with the price of iron ore falling about 10% on Friday. And it also pushed the AUD down to near $0.68 as the USD continued to rise.

Thanks to central bank monetary tightening in the wake of the worst inflation spike in decades, unhelped by the invasion of Ukraine, bond yields have surged over the past fiscal year (resulting in a loss of 8 to 10% for bonds) and equities fell (with Australian stocks yielding -6.5% and global stocks yielding around -10%).

As a result, balanced growth pension funds are estimated to have had a negative return of approximately -3 to -5% over the past fiscal year. No one likes to see their wealth drop, but it’s wise to keep in mind that: Periodic declines in the stock market are normal; as a result, super funds also experience periodic setbacks; but the longer-term returns of equities and supers are strong, with the latter averaging a return of 7.5% per year over the past 30 years; going cash after a fall will only turn a loss on paper into a real loss; and when stocks fall, they are cheaper, offering higher long-term return prospects.

More of the same from central bankers who remain hawkish

The key messages from the world’s central bankers (Powell from the Fed, Lagarde from the ECB and Bailey from the BoE at the ECB’s Sintra conference and RBA Governor Lowe in Zurich last week) were:

So the bottom line remains that until there is clear evidence that inflation is falling, central banks will continue to tighten, keeping the risk of recession high. And if a recession does occur, stocks are likely to have more of a downside when earnings start to fall, as market falls so far mostly reflect a valuation adjustment (i.e. lower PEs) in response to higher bond yields. However, given the uncertainties, it is still too early to say that stocks have bottomed out. And equity markets have yet to see most of the technical signs coming out of major market lows (eg VIX above 40, very high put/call ratios and strong volumes on rallies). The September quarter is traditionally weak for equities, suggesting that equities could bottom around September or October.

Our Australian economic activity tracker fell last week with a drop in hotel and restaurant bookings and shopper traffic. It remains solid but seems to have stagnated since April. Our US tracker was up slightly but Europe was little changed. Not all have yet shown clear indications of recession.

US economic data was mixed. Durable goods orders remain in a decent uptrend, which bodes well for business investment and house prices continue to rise rapidly. However, real personal spending fell in May and more leading indicators are weak with drops in consumer confidence and indicators of regional manufacturing conditions. The Atlanta Fed’s GDPNow has June quarter GDP at -1% which, if realized, will meet the “two consecutive quarters” definition of a recession, as March quarter GDP has also dropped. However, with real final demand, personal income and payrolls remaining strong, the NBER is unlikely to define this as a recession.

US inflation as measured by the core private final consumption deflator fell again in May, but remains elevated at 4.7% yoy and reduced average core inflation rose further to 4% in GA. Thus, the drop in May should not see the Fed ease its rate hikes. Note that PCE deflator inflation tends to be lower than the CPI because it effectively allows for compositional shifts in consumer spending (as people spend more on falling-priced goods and less on lower-priced goods). rising) and has a lower exposure to housing.

Eurozone economic sentiment fell again in June, but remains well above 2020 pandemic lows – although not consumer sentiment which is now very weak. Unemployment fell further to 6.6% in May, but is expected to remain at or near the all-time low for some time. A 60% reduction in Russian gas flows through the Nordstream gas pipeline to Germany (supposedly due to partial supply disruptions) increases the risk of a complete stoppage of gas flow to Germany and deeper impact on the German economy.

Japanese economic data was mixed with strong retail sales and readings of subdued business conditions in Tankan, but weaker consumer confidence, a sharp decline in industrial production and rising unemployment.

2022-07-03
Previous Post: 4 hottest investing trends you won’t want to miss
Next Post: Investment markets are complicated, but you can still make money