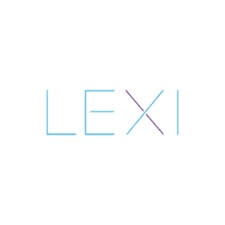 BERKELEY, Calif., September 8, 2022–(BUSINESS WIRE)–LEXI, the company behind the industry’s most comprehensive IoT platform transforming the way businesses and consumers manage and automate their smart spaces, today announced the launch of its investment on the leading investment platform Republic. Founded by AngelList alumni, Republic is the largest online private investment platform. Republic hosted the first regular CF $5 million raise and recently hosted their 13th regular CF $5 million raise. The IoT campaign is now open to anyone interested in what McKinsey & Co. has predicted to be a $5.5 trillion market by 2025.

Gateway to the IoT universe

LEXI’s white-label enterprise IoT platform includes a true multi-protocol gateway that can be upgraded to Question, iOS and Android mobile apps. It has a comprehensive portfolio of IoT devices, a US-based cloud, a platform-as-a-service business model, and a suite of monthly recurring revenue services.

After earning $2.5 million in 2021, LEXI is on track to triple its revenue in 2022. Enterprise customers choose LEXI for a number of compelling reasons, including platform advantages:

“Through our software, hardware, and services, we enable the smarter home, the smarter building, the smarter everything,” said John E. Osborne II, COO, LEXI. “LEXI enhances experiences to nurture the relationships we forge with the technologies around us. Our platform and the people behind it work diligently to propel the promise of the IoT.”

“In addition to our strong technical advantages, our senior executives have been in the IoT space for more than a decade. They hold leadership positions on the boards of key wireless standards bodies such as the Connected Standards Alliance (formerly Zigbee Alliance) as well as the Z-Wave Alliance“, said Scott Cahill, CEO of LEXI. “It gives us a front row seat to not only see, but more importantly to help shape what comes next in the IoT space.”

Learn more here on how the LEXI Enterprise IoT platform works for smart home, building, city, agriculture, industrial control, telecom and helium environments. To help lead the charge to the next frontier of IoT, support LEXI HERE on the Republic campaign page.

LEXI offers the ultimate gateway to the IoT universe. Our smart IoT platform is flexible, scalable and designed to allow businesses to easily and intuitively add and manage smart devices for home, building, city and agriculture. Our leadership team is involved at board level with the world’s leading standards bodies that are charting the course for the connected future. Built by design to work with ALL major ecosystems*ALL major wireless protocols** and to bridge competing third-party products, our universal IoT gateway is unmatched, the LEXI mobile app is comprehensive yet simple, and our US-based cloud services were built by us from the ground up, enabling LEXI to deliver truly unique features at up to 90% savings over all our competitors. Learn more about the LEXI IoT Edge-to-Cloud platform and other smart benefits at lexi.tech.

Republic is a global fintech company that empowers anyone to invest in anything, anywhere. Republic operates several distinct business segments, including a retail investment platforma private capital divisionand one blockchain consulting practice. The Republic ecosystem has deployed over $1.5 billion in investments, supported over 600 companies, and includes over 2 million community members in 150 countries. Republic is backed by dozens of leading investment firms and financial institutions and its affiliated entities have co-invested with the best names in venture capital and private equity. Founded in 2016, Republic is headquartered in New York and has offices around the world. For more information, visit us at https://group.republic.com/ or @joinrepublic on Twitter.