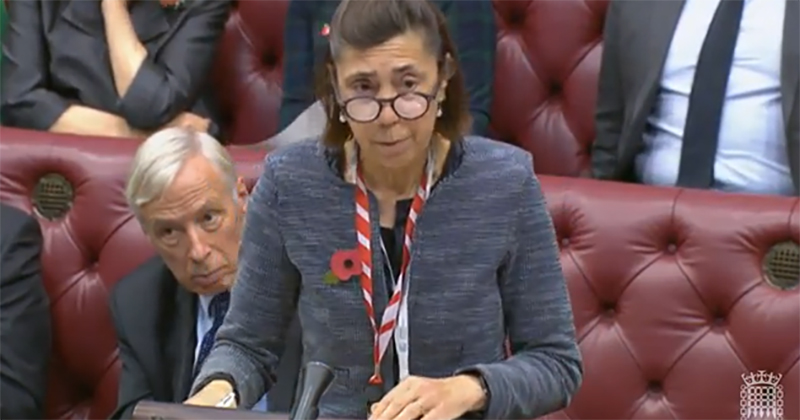 Minister attacks investment firms that ‘swear’ to her on Oak

More from this theme

The government is not “distorting the curriculum” in creating the Oak National Academy, a minister has said, hitting back at private equity firms which he says are now “delaying” investing in education technology.

Lord Knight, a former education minister, said today he regularly hears ‘private equity investors say they are being deterred from investing in education resources’ in England because the government has made d ‘Oak a quango.

knight, a crew member of technology company ed Century-Tech, told the House of Lords that the companies believed Oak was a “distortion caused by the government’s clumsy entry into the large-scale market”.

But speaking in a debate in the House of Lords, Academies Minister Baroness Barran said it “sticks to my throat” to have “private equity investors responsible for considerable distortions in the markets for children’s homes lecturing the government on market distortions in education technologies”.

The chair of a government review in private providers of children’s homes found the market in England was broken and too many children were being abandoned. But the the biggest providers make millions in profit.

Amid critical questions, Barran added that the government “is not twisting the curriculum” because it knows “teachers will make the best judgement” of student needs. She added that Oak was a “strategic investment” for the “next few years”.

“I challenge the House for the questions the House would ask the ministry if we didn’t invest in digital resources for children,” Barran said.

Oak’s business case, released last week, argued there was a need to break the “cycle” of weak school programs.

It comes like the new quango is considering allowing private companies to resell its courses for profit.

But the lessons will only be available in the UK after ungeo-blocking could damage the market.

Publishers have warned Oak could risk the sector ‘collapse’, blaming the Department for Education to act unlawfully in a legal action in the High Court.