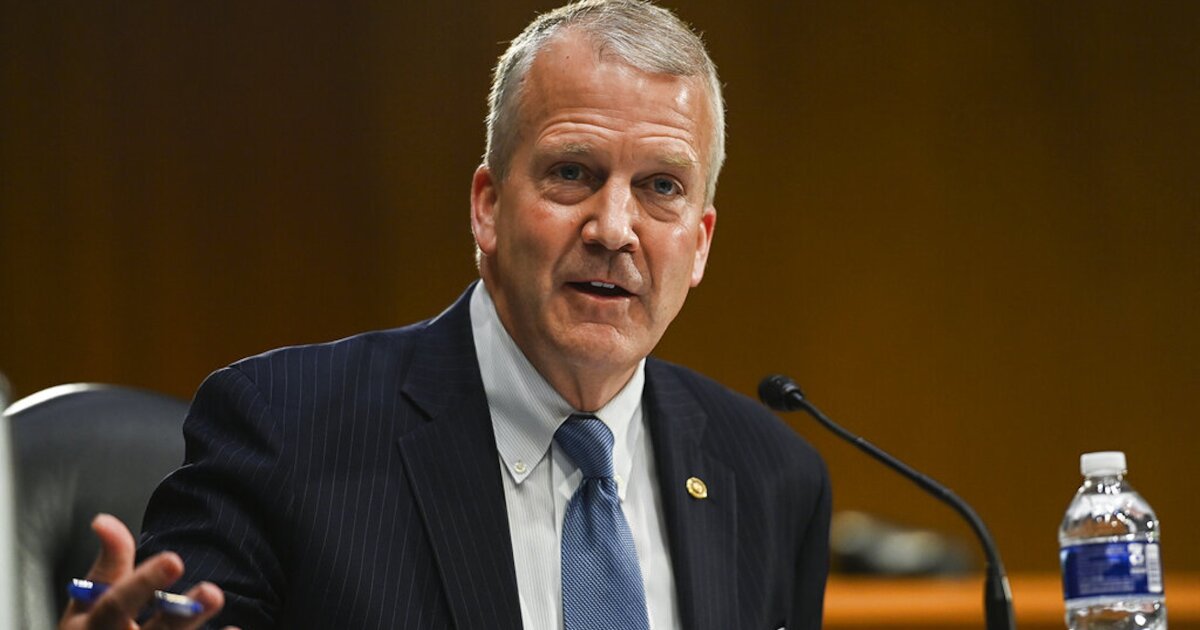 SFr. Dan Sullivan (R-AK) has introduced legislation to limit the power over corporations enjoyed by top asset managers, many of whom have provoked Republicans into adopting “environmental, social and governance” standards for corporations.

The Investor Democracy Is Expected Act would empower passive investors who invest their money in mutual funds and exchange-traded funds through companies like Vanguard. This would force fund managers to vote proxies based on the wishes of their clients rather than the company as a whole. Such a provision could limit the power of massive fund managers to penalize oil companies, for example, which are discouraged by ESG standards.

As passive investment vehicles such as ETFs and index funds have exploded in popularity, the three largest fund managers (Blackrock, Vanguard and State Street) have consolidated enormous voting power over publicly traded companies in using their clients’ money, which Sullivan and the dozen other Republican co-sponsors consider market distortion.

The three giants manage more than $20 trillion in combined assets and represent more than 25% of all votes cast at annual corporate meetings. Blackrock, Vanguard and State Street are also major owners of 96% of the S&P 500. This consolidation gives them considerable influence in voting on various corporate proposals, including those that individual fund investors might not support.

“The more we dug into it, the more it was, like, ‘Wait, why are they the ones voting these shares, not the beneficial owner who actually owns them?'” Sullivan told the Washington Examiner in an interview.

“Our bill is pretty simple. It just says that the beneficial owner who owns the shares is the entity or the person entitled to vote – not the managers of these huge passive index funds,” he added.

The legislation would allow individual passive investors to have shareholder voting rights when their fund manager owns more than 1% of a company’s voting securities. It also requires investment advisers to provide proxy statements and other information to fund investors and stipulates that such advisers must authorize third-party recommendations on a basis that allows for a wide diversity of viewpoints.

If an individual fund investor has no interest in voting on the various issues their company is considering, their vote would not be returned to the fund manager. Instead, it would simply not be taken into account.

The cost of implementing direct voting would be borne by the funds or their investment advisers, rather than the portfolio companies. Investment advisers could also forego voting altogether and not have to pay the costs associated with the legislation.

“If you have a financial stake in a company, you should have a say in the decision-making process of that company. interest of investors before their interest.” personal agendas or motives,” said Sen. Chuck Grassley (R-IA), one of the bill’s co-sponsors.

“Our common-sense proposal will cultivate much-needed transparency and ensure advisers respond to their investors, not the other way around,” he added.

BlackRock CEO Larry Fink said in 2020 that climate change would be a “determining factor” in his investment valuations, and Blackrock has repeatedly come up against Republican-led states over his climate change prioritization. ESG.

“As stewards of our clients’ capital, we ask companies to demonstrate how they will meet their responsibility to shareholders, including through sound environmental, social and governance practices and policies,” said Fink in his published annual letter to CEOs. This year.

Some red states have pushed back on ESG initiatives. For example, Texas Governor Greg Abbott signed an invoice which prohibits state investment in companies that cut ties with the oil and gas industry.

While the senator’s legislation currently has a dozen Republican co-sponsors, it will need bipartisan support to make it through Congress and land on President Joe Biden’s desk.

Sullivan said some Democrats have expressed interest in supporting the legislation. He said lawmakers who care about good corporate governance and watch the numbers are shocked at the degree of control the three entities have.

The issue of concentrating wealth and consolidating power is of interest to many senators on both sides of the aisle, Sullivan added.

The Alaska legislator also told the Washington Examiner that his office has been in contact with some of the major investment funds in question and, “surprisingly”, they have not pushed back on the legislation.

“Some have even indicated they support my bill,” Sullivan said, noting that it’s interesting because the legislation would eviscerate some of those companies’ decision-making power. “I think at some point they probably recognize that they don’t have a monopoly on wisdom.”

When contacted by the Washington Examinera BlackRock official acknowledged that the money it manages is not its own and belongs to clients, noting that the fund manager has launched an initiative that allows certain institutional investors to vote.

“We look forward to working with members of Congress and others on ways to help every investor — including individual investors — participate in proxy voting if they choose,” the official said.

Vanguard took a similar tone when contacted for comment.

“As always, when it comes to this issue, Vanguard is particularly focused on our clients and their long-term success. Vanguard believes in giving investors more choice in how their proxies are voted, and we are committed to working with customers, policymakers and others to help ensure the voices of long-term investors are heard,” an official said.

the Washington Examiner also asked State Street for comment on the legislation.

CLICK HERE TO LEARN MORE ABOUT THE WASHINGTON EXAMINER

Sullivan said if the bill doesn’t pass this Congress, it will pass next year if Republicans regain control of the House and Senate in midterm elections.

“If this law were to pass, Joe Biden would have a very hard time vetoing it. He would look like the greatest big-finance lackey in American history,” Sullivan said. “If this law passes, any president will sign it.”