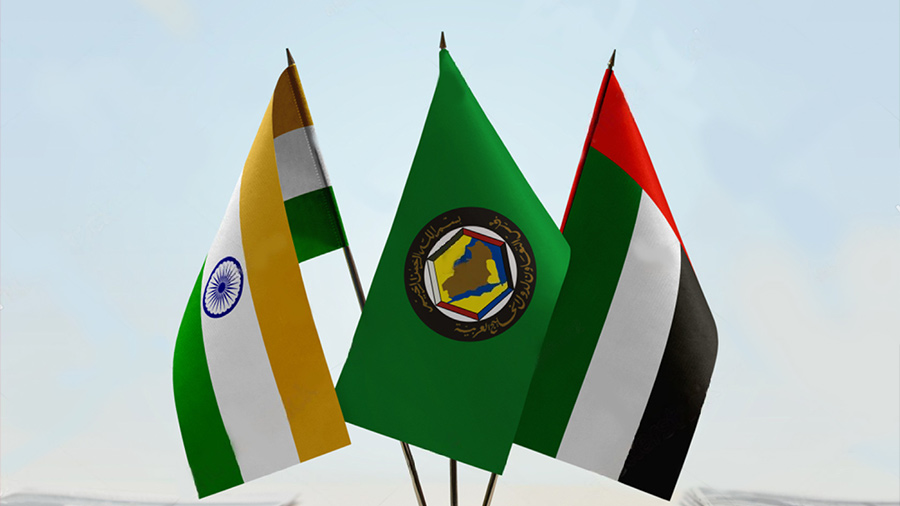 Trends in bilateral trade and investment between India and the GCC

India’s trade and investment relations with Gulf Cooperation Council (GCC) member states – UAE, Saudi Arabia, Kuwait, Qatar, Oman and Bahrain – are built on solid foundations, driven by ties India’s historical relationships with the region, India’s dependence on Gulf energy exports and the Gulf’s dependence on India for food security and agricultural exports. Most of the GCC member countries have seen an increased inflow of investment from India towards their development plans. Additionally, the UAE and Saudi Arabia are increasing their trade engagement with India and have become India’s third and fourth largest trading partner respectively. This growing economic synergy could give new impetus to India-GCC Free Trade Agreement (FTA) talks, which have been ongoing since 2004.

India’s economic ties with the six member countries of the Gulf Cooperation Council (GCC) have always been strong, with the GCC’s large oil and gas reserves supplying the bulk of India’s energy needs. At the same time, India is important for GCC food security considerations. Therefore, India and the GCC have recognized and formalized their relationship as a “strategic partnership”.

These business ties have further improved since 2015 through cooperation in trade, investment, diaspora engagement, counter-terrorism and security cooperation.

Official data suggests that India’s bilateral trade with the six members of the GCC countries, including the United Arab Emirates (UAE) and Saudi Arabia, increased significantly in the financial year 2021-22 due growing economic engagement between the two regions. These growing numbers are gaining momentum as India plans to negotiate a Free Trade Agreement (FTA) with the GCC.

GCC, headquartered in Riyadh, Saudi Arabia, was established by an agreement concluded in 1981 between Bahrain, Kuwait, Oman, Qatar, Saudi Arabia and United Arab Emirates given their special relationship, geographical proximity, similar political systems based on Islamic beliefs, common destiny and common goals. She followed the Islamic revolution in Iran in 1979.

The GCC charter calls the Council a political, economic, social and regional organization.

The structure of the GCC includes the Supreme Council (the highest authority), the Ministerial Council and the General Secretariat.

Trade and investment trends between India and the GCC

It should be noted that India was the largest recipient of remittances in the world in 2021, receiving around $87 billion, of which around 50% came from the GCC region, according to a World Bank report. The GCC countries together host about 6.5 million Indians.

India Briefing is produced by Dezan Shira & Associates. The firm assists foreign investors across Asia from offices around the world, including Delhi and Mumbai. Readers can write to [email protected] for more support on doing business in India.

We also maintain offices or have alliance partners assisting foreign investors in Indonesia, Singapore, Vietnam, Philippines, Malaysia, Thailand, Italy, Germanyand in the United States, in addition to practices in Bangladesh and Russia.