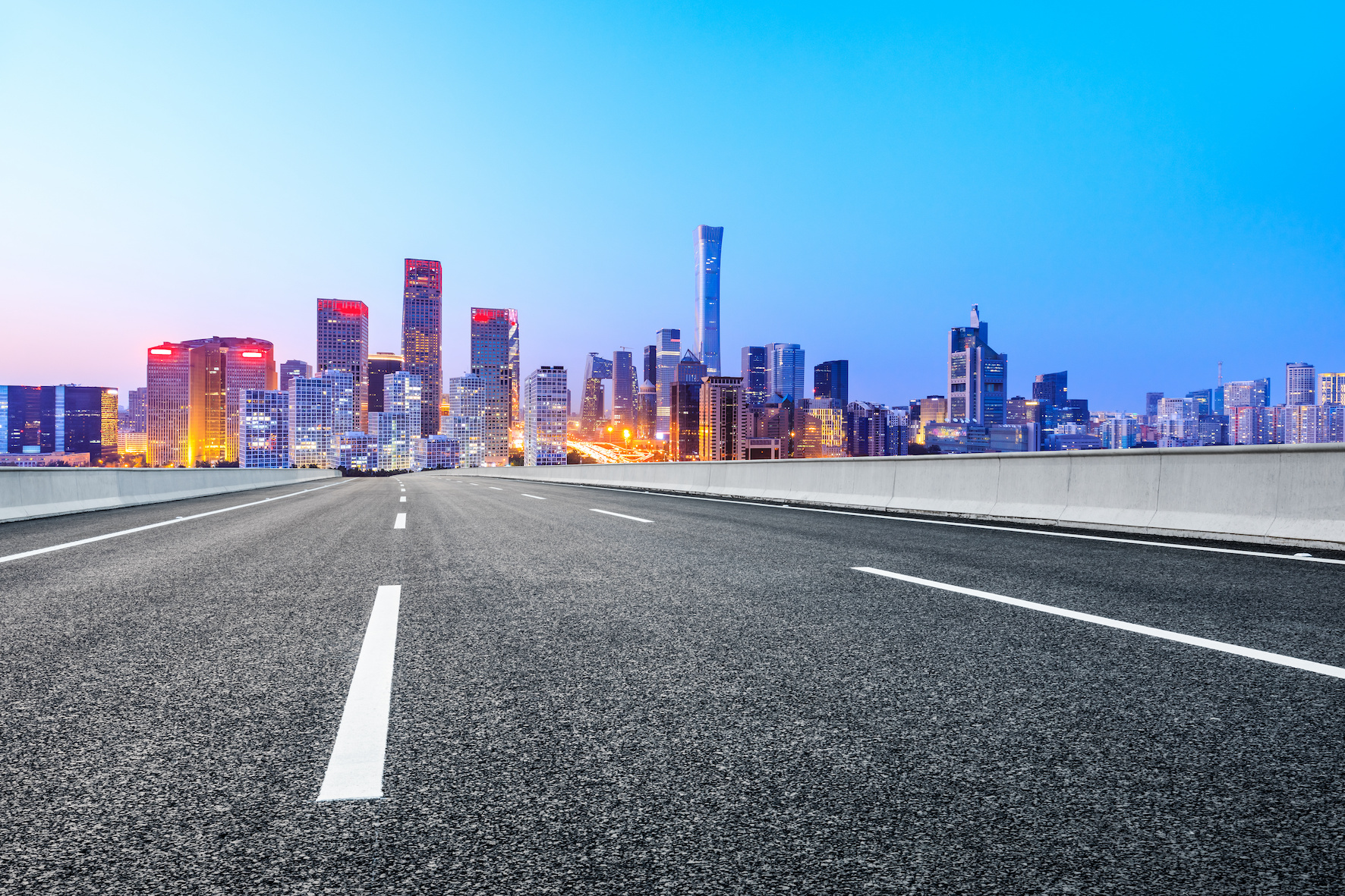 The US-China Investment Project tracks and analyzes investment flows between the world’s two largest economies. This report summarizes key developments in 2020, an unusually volatile year due to the COVID-19 pandemic, and analyzes the outlook for 2021 as the world slowly emerges from this time of crisis and a new US administration takes hold. . The main conclusions of the report are:

Foreign direct investment (FDI) between the United States and China fell to $15.9 billion in 2020 amid pandemic-related disruptions and growing tensions in US-China relations. This is the lowest level of two-way flows since 2009.

Chinese FDI completed in the United States reached $7.2 billion in 2020, a slight increase from $6.3 billion in 2019. This was driven by a handful of significant acquisitions, including the purchase by Tencent of a share of Universal Music Group and the acquisition of GNC Holdings by Harbin Pharmaceutical Group. . M&A transaction volumes remained low and acquisitions were mostly limited to consumer-oriented sectors. Greenfield investments did not increase significantly.

US FDI in China fell to $8.7 billion in 2020, down about a third from the previous year, and the lowest level since 2004. Start-up investment was disrupted by pandemic in the first half but rose sharply in the second half as the Chinese economy stabilized and COVID-19 restrictions were eased. Compared to previous years, US investors launched fewer major greenfield projects. The slowdown in acquisitions was more pronounced, with only a handful of medium-sized takeovers in consumer goods and financial services.

Venture capital (VC) investments in both directions also fell slightly in terms of total value and number of funding rounds. Chinese venture capital in the US rose slightly and outpaced flows in the other direction for the first time ever, but only marginally. In contrast, US venture capital in China has fallen to its lowest level in five years.

Chinese venture capital investment in the United States rose to $3.2 billion in 2020 from $2.3 billion in 2019, despite tighter regulatory scrutiny related to Chinese venture capitalists who participated to 249 unique funding rounds for US startups, which was lower than the previous year (305). But investment totals were higher due to several later-stage deals with high valuations. More than half of all deals (132) were in healthcare, pharmaceuticals and biotechnology, followed by financial and business services (43) and information and communications technology (26). ).

Venture capital deals between the United States and China have plummeted in terms of value and number of deals. In 2020, there were 247 unique funding rounds, down from last year’s total of 306. Total investment value fell more sharply to $2.5 billion, only half of last year’s total and a fraction of the nearly $20 billion recorded in 2018. Financial and Business Services and La healthcare, pharmaceuticals and biotechnology were the most common targets for US venture capitalists, with 54 and 52 deals each. Transactions in consumer goods and services fell from 52 to 31. 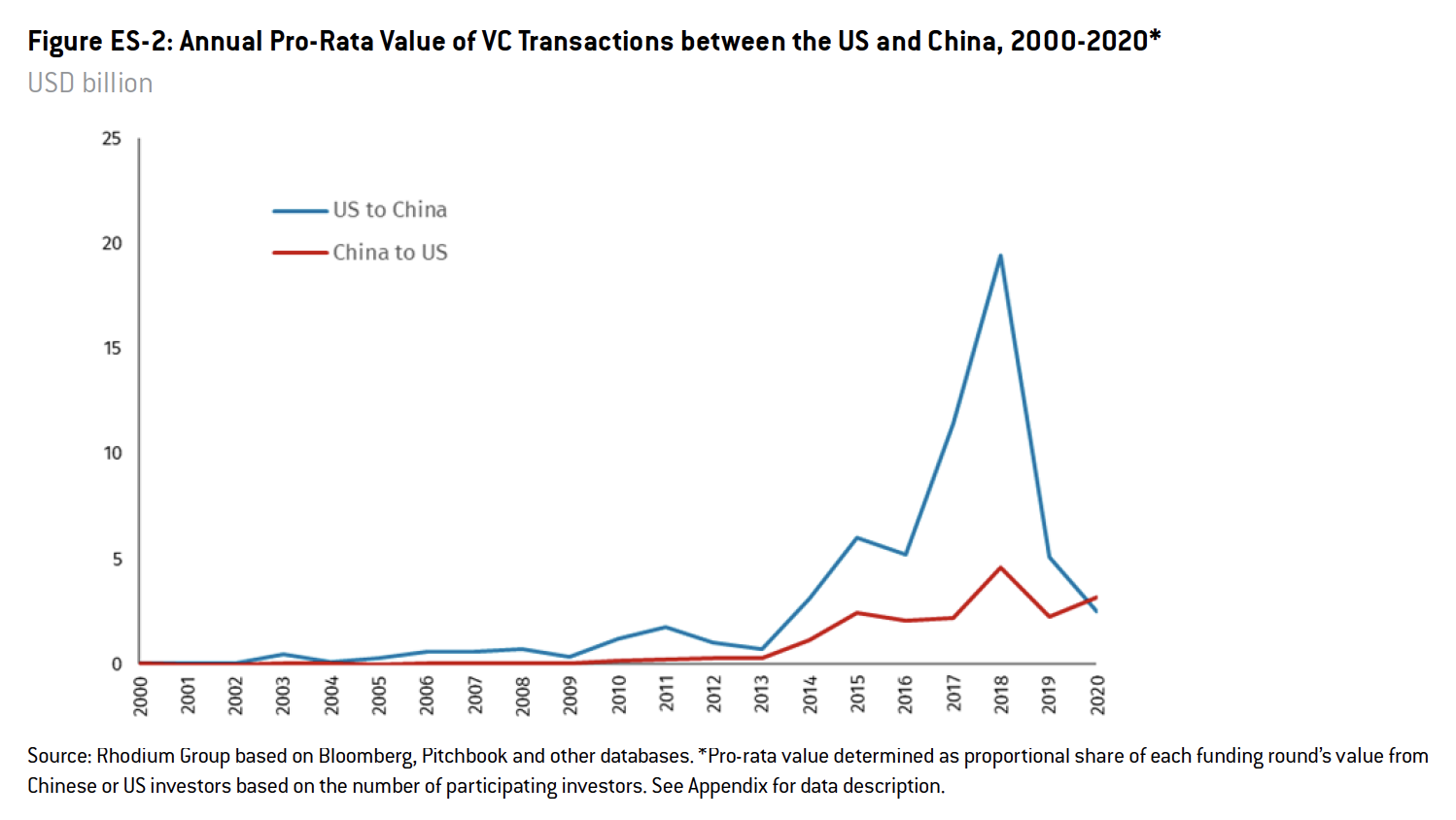 The post-pandemic recovery could lead to a rebound in flows in either direction, but political developments in Washington and Beijing are a wildcard.

In China, the balance that leaders strike between domestic financial stability and openness to the outside world will shape the investment landscape. Throughout the pandemic, Beijing has prioritized stability, refusing to ease restrictions on outbound investment by private companies despite a massive trade surplus and upward pressure on its currency. On the input side, the outlook hinges on whether Beijing delivers on its promises to level the playing field for foreign companies and how its “dual circulation” strategy and industrial policy push to replace suppliers. of foreign technology by domestic companies. A tougher environment for traditional FDI could also encourage foreign investors in certain sectors to seek greater exposure to Chinese assets through portfolio investment.

In the United States, the Biden administration has signaled that it will maintain key elements of the restrictive policies rolled out last year. But a change of style, which seeks to restore confidence in due process, transparency and non-discriminatory openness to foreign investment, seems likely. Moving away from aggressive decoupling rhetoric could also help build trust. Among the key issues are how U.S. officials will implement and enforce new foreign investment review (FIRRMA) and export control (ECRA) rules. Supply chain security rules, next-generation antitrust policies and new initiatives to protect personal data could all have a profound effect on Chinese businesses and investors.

In addition to national politics, broader geopolitical dynamics will likely shape the environment for bilateral investment. The arrival of a new US administration that prioritizes cooperation with allies could lead to more coordinated action among advanced economies in areas such as investment screening, export controls and human rights. man. If such convergence brings more transparency and predictability around national security concerns, then it could support U.S.-Chinese investments in non-sensitive areas. But greater convergence of the market economy could also trigger a broader overhaul that would prompt U.S. and Chinese investors to change direction.